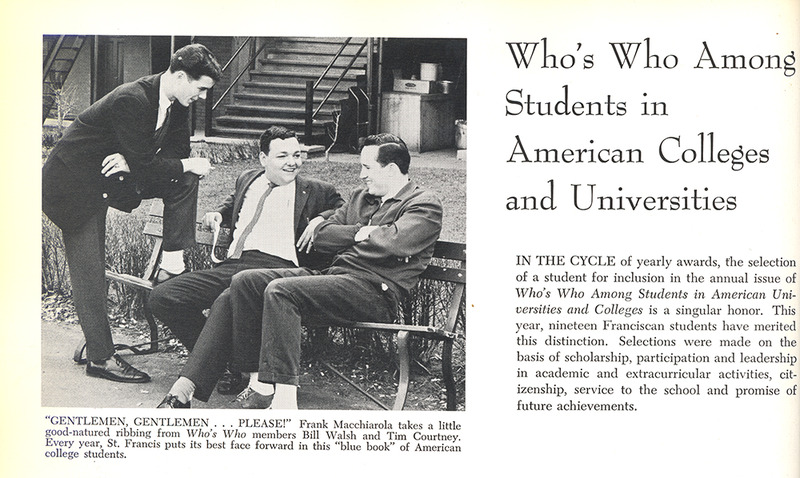 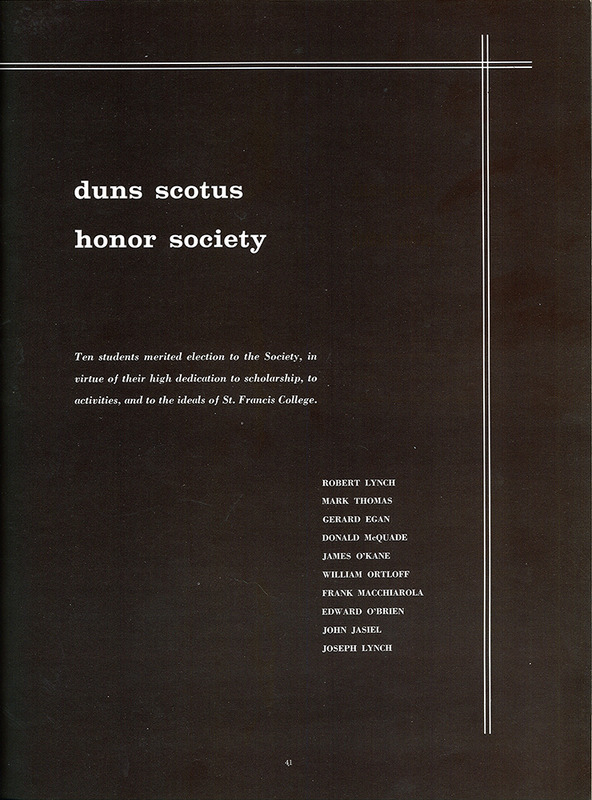 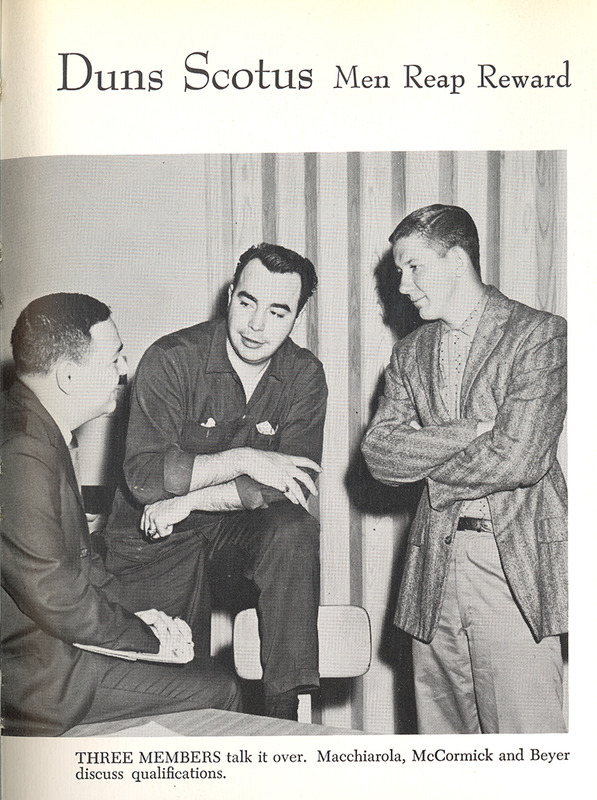 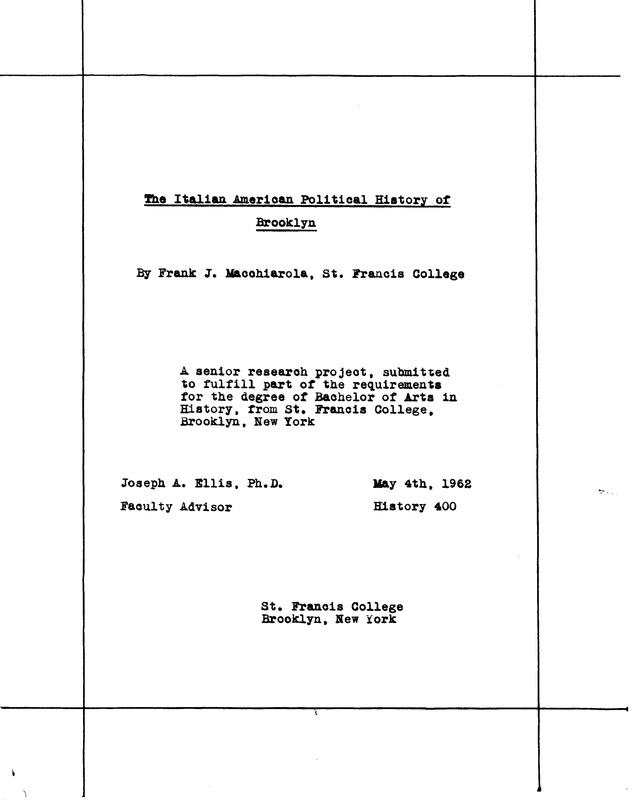 One quality that stands out immediately is Frank’s commitment to academic excellence.  Although he made the Dean’s List all 4 years it was during his junior year that he truly began to outshine his peers. He was one of 19 students to receive the Who’s Who Award which was conferred “on the basis of scholarship, participation and leadership.. and promise of future achievements.”

He was also selected as a recipient of the Franciscan Spirit Award which is still awarded to students at St. Francis today.  According to the yearbook description it is given to students who perform “extraordinary service to the College community or service to others performed without thought of reward”. Frank was also one of ten students invited to join the Duns Scotus Honor Society because of his “high dedication to scholarship… and to the ideals of St. Francis College.”

Listing accolades are an easy way of neatly summarizing Frank’s academic career but a far more interesting and complex way is to look at his senior thesis, written under Professor Joseph Ellis, one of Frank’s mentors who was frequently thanked in the many commencement speeches Frank later gave as a public figure.

There is no grade on Frank’s thesis to indicate how well it was received but it does reveal other aspects of his character.  Frank chose to write on the subject of “The Italian-American Political History of Brooklyn” which was surely part of a desire to understand his roots and explore the contributions his fellow Italian-Americans made.  Frank, in his later years often spoke on his heritage before organizations such as the Tri-State Italian American Congress and The Americans of Italian Heritage. He also addressed issues faced by immigrants in the education system many times in his public speeches.

Frank also exhibits a keen understanding of legislative injustice in one particularly prescient paragraph on pages 7 and 8 where he deplores that “Negro districts have been apportioned by various state legislatures in an effort to keep Negro political power concentrated, and then consequently to thwart their progress within the total social structure”.  This early awareness of inequality in New York City must have played out in a much later scenario when, as NYC school chancellor he was charged with the task of enforcing a controversial de-segregation of a middle-school in Queens.

← 4 Years at SFC
Frank the Leader →
Frank the Scholar