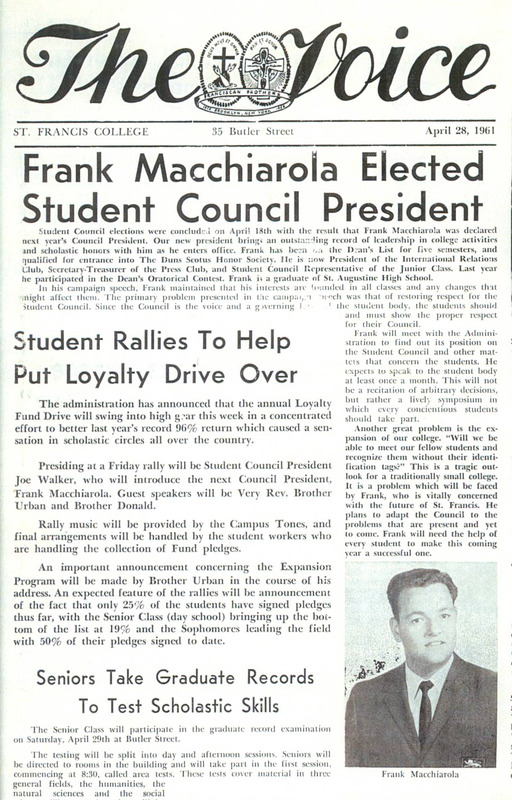 Frank’s academic achievements reveal him to have been a focused student, and not noticeably involved in greek life or athletics.  All evidence from the pages of his yearbooks however, also indicate that he was a colorful and sociable person with his own contributions towards a vibrant campus life. 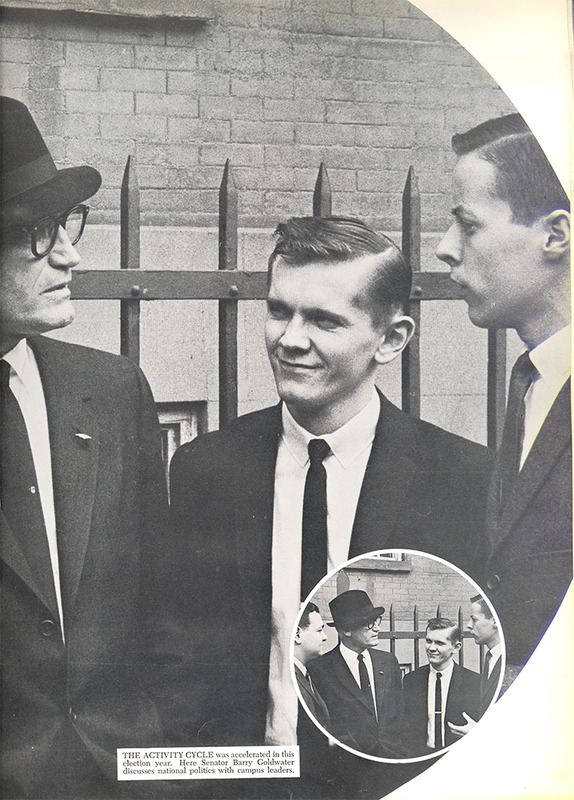 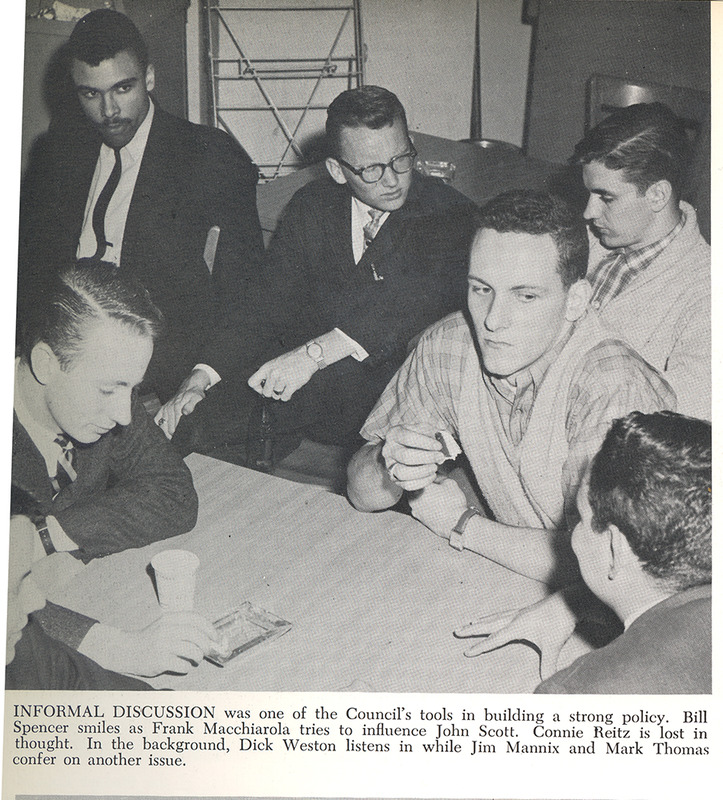 By his senior year Frank was not only the President of Student Council and the Duns Scotus Honor Society but also a founding member of a new club, the Young Democrats.

Frank’s deep involvement with the Young Democrats however, did not deter him from welcoming a future Republican Presidential Candidate to campus. In 1961, Barry Goldwater, then a Senator from Arizona, was invited to speak at St. Francis College.  Frank was selected as one of the student representatives to meet Senator Goldwater and escort him to the campus.  Photos show Frank and his fellow students deep in discussion with the Senator.

Despite Frank’s academic achievements, his demeanor is far from the archetype of a stern, reclusive scholar.  Most of his yearbook photos show him surrounded by classmates with a broad grin that was to be his trademark throughout life.  (The New York Times labeled it a “prankster’s smile”.)

His energy, his enthusiasm for debate and his open-mindedness would be key components in later stages of his career when being appointed to the Emergency Financial Control Board convened to remedy New York City’s Fiscal Crisis in the 1970’s or mediating the Broadway Musicians Strike in 2003.

← Frank the Scholar
A Time of Growth →
Frank the Leader