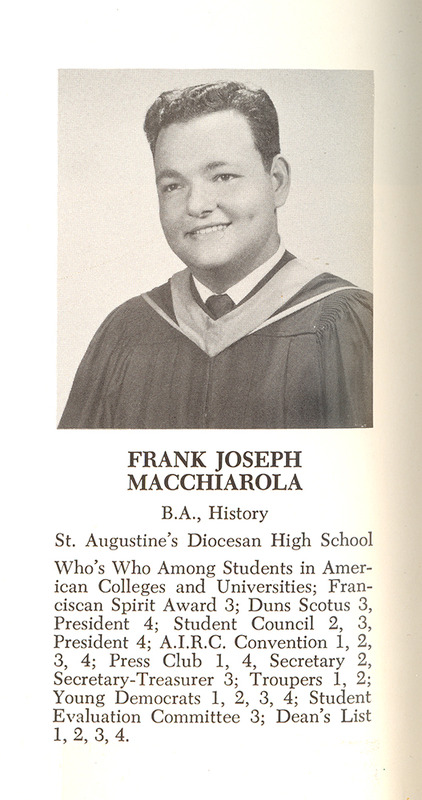 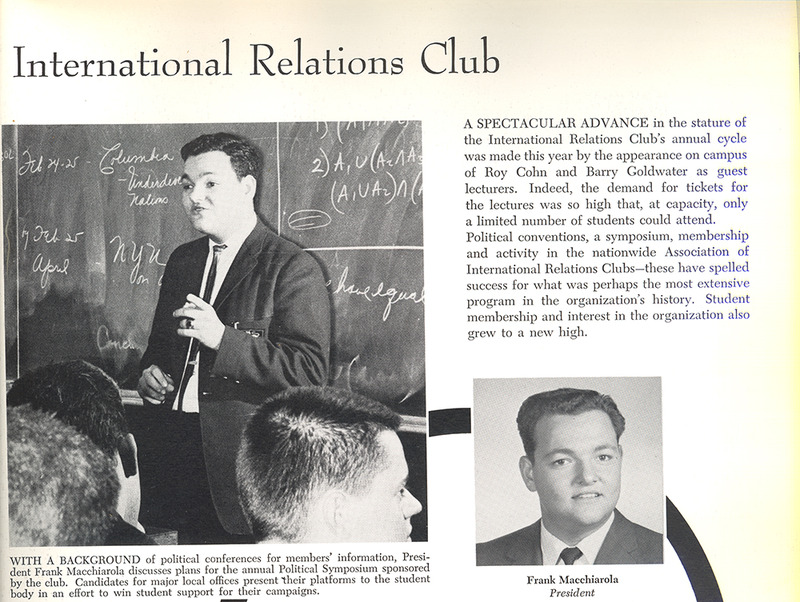 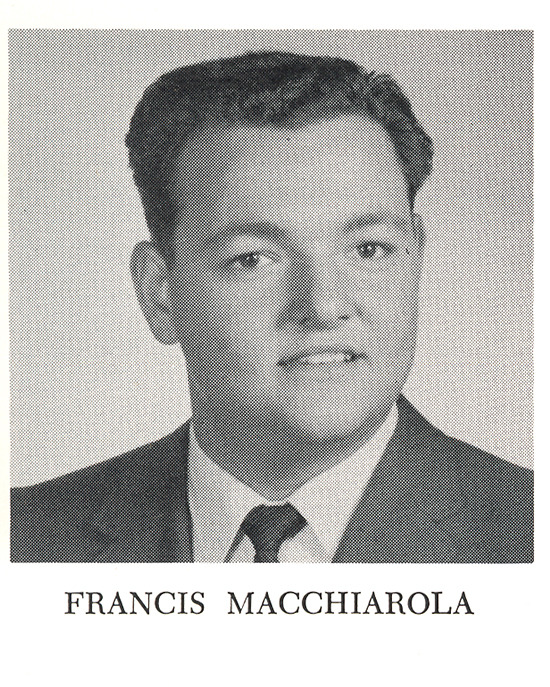 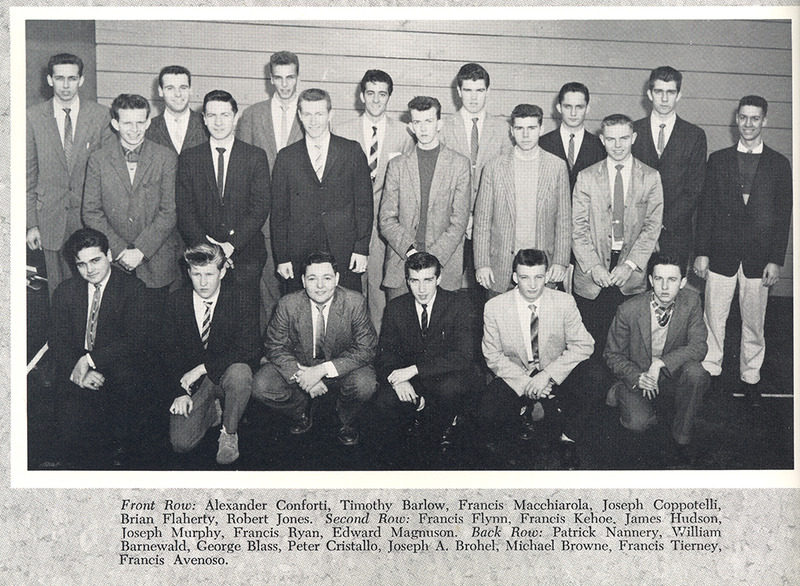 Underneath Frank’s Senior Yearbook Portrait are listed his student activities and awards.  The lengthy description totals a stunning 10 lines where many of his peers more commonly only have one or two under their picture.  From this single photo one can quickly gather how Frank was an active and involved member of the student body who assumed greater leadership roles as he went through his course of study at St. Francis.

It is interesting to note the consistency with which Frank’s undergraduate interests and activities mirror his interests and professional activities later in life. Through all four years Frank would be a member of the Student Council,  Association of International Relations Club (A.I.R.C.) and Young Democrats.  The A.I.R.C. was, according to a 1960 yearbook description, “organized to stimulate interest in world affairs” and invited guest lecturers to speak on campus.  The Young Democrats were, according to the student newspaper “The Voice”, created to educate student on “various political philosophies now existing in the Democratic party.”